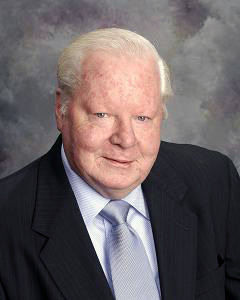 A native of Zanesville, OH, Mahaney is a graduate of Niagara University. His background includes experience in journalism, radio broadcasting and advertising.

Mahaney joined the Ohio Council of Retail Merchants in 1958. In 1962, he was named Assistant Director and was made Associate Director in 1965. He was selected Executive Director in 1969 and became President in 1971.  He was succeeded as President by Gordon Gough in 2013.